Mack was a giant of a dog and one of the most impressive Boerboels.  Despite Mack’s size, he moved lightly with a spring in his step, his average weight was a very lean 88kgs and at his heaviest 92kg, this is an indication of his soundness, having 0:0 elbows and a hip score of 7.  The problem with dogs of Mack’s height 29/30 inches is that they lack width of chest and are usually narrow in the loin and hips because of their height.  This is not a problem for Mack as his chest, loin and hips are very broad and powerful.

Mack’s semen was collected for export back to Africa and also has been used in Europe.

Mack was the most fertile dog ever collected anywhere in the world in the last 15 years by semen specialist, John Newell of Frozenpuppies.com, breaking the previous record by more than 4 breedings.  Mack has been used sparingly but is producing very sound and active dogs.

In 2005 Mack was ranked 22 in the Top 50 Boerboels in the world, only 3 other Australian dogs made it in the top 50. This is a fantastic achievement for such a large dog.

Mack is a wonderful companion and guard dog.  He really is as they say “A gentle GIANT”.

We also own cattle on our 20 acre property. When going for a walk Mack would without hesitation, stand up to any of them if they bear threat to us.  Unlike the other dogs, he didn’t bark at strange cars or people.  He would just sit back and watch what is going on as if taking it all in and being ready to take action if something was to happen.  We very rarely heard him bark, only if there were foxes or wild dogs in the paddocks.

Mack was wonderful with children, they could get in his kennel and sit with him or cuddle him and he just loved the attention and was extremely gentle with them. 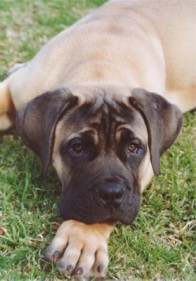 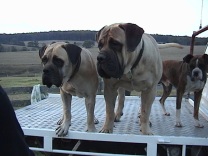 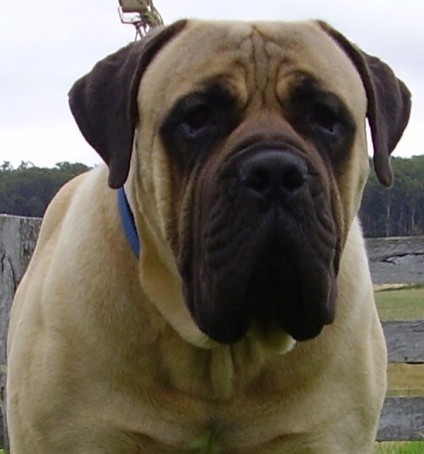